Cambridge Carnival in Massachusetts, is one of twenty-four North American Caribbean-style carnivals that combine wire-bending, costumes, masks, music, steel pan, street-parades, dancing, food and craft exhibits, to display the diverse cultures of all the countries and Caribbean islands, where transplanted Africans were placed.

Since its inception in 1992, Cambridge Carnival has grown from a small street fair to one of the most spectacular events in Cambridge and the Greater Boston area. This growth led to, in 2005, a change in venue from Central Sq. to its new home in Kendall Square.


Public Transportation: The event can be accessed by public transportation via the MBTA red line. The parade starts near the Central Square T-stop on the Red Line. Take the MBTA stop Kendall Square for the festival site.

Posted by hwf at 17:36 ไม่มีความคิดเห็น: 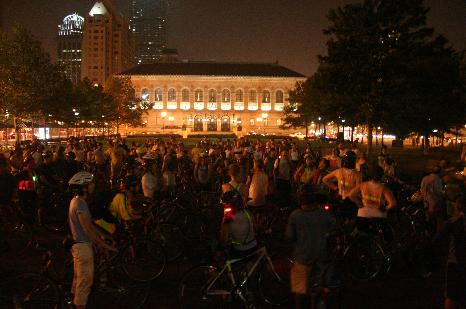 The Back Bay Midnight Pedalers will hold its 19th Boston by Bike at Night in August. The ride starts at midnight downtown, watches the sun rise and ends at Christopher Columbus Waterfront Park. The tour hits the city's many historic sites when the hour and darkness offer riders freedom on otherwise crowded and narrow city streets.

What: Midnight Pedalers Boston by Bike at Night
When: 11:15 p.m., Aug. 18., until dawn on Aug. 19
Where: Meet in front of Trinity Church in Copley Square, Back Bay (607 Boylston St)
Cost: FREE (although you will need to fill out and sign a liability waiver before the ride begins)

‑‑Bring a bicycle equipped with lights and wear something reflective; helmet recommended.
‑‑You may also want to bring something for breakfast on Sunday morning (the ride will stop for breakfast at Christopher Columbus Park).
‑‑Commemorative t‑shirts will be available. 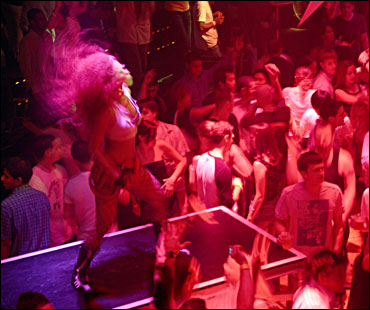